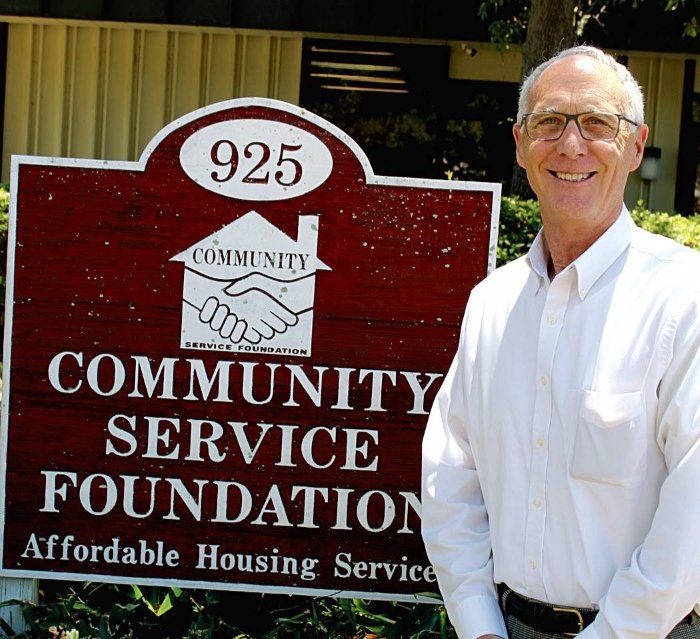 CLEARWATER — A local nonprofit coalition has begun to move homeless people from the streets of Clearwater into Tieman Village, a group of duplex homes the coalition renovated with donated funds.

Ed Thiebe, development director of the Community Service Foundation, said the Going Home project is creating a sustainable solution that reduces, rather than manages, homelessness in the city. According to its website, the foundation works with families and individuals to provide a healthy living environment, quality of lifestyle, support services and training to put them on the road to self-sufficiency, financial stability, and self-respect.

Two of Tieman Village’s first residents are Cynthia Hart and Charles King, a couple who slept in shelters and outside before moving into a two-bedroom duplex in January. They share the apartment with another formerly homeless resident.

The housing program has created stability in their lives, Hart said.

“It’s great, I’m enjoying having a kitchen with a refrigerator and a stove to cook on,” Hart said. “It’s so nice to know you have a place to stay at night, that you don’t have to worry about the weather.”

Thiebe said Phase 1 of the project consists of three duplex buildings on the corner of Martin L. King Jr. Boulevard and Woodlawn Street in south Clearwater. Like Hart and King, the residents of the three duplexes are people once trapped in homelessness.

The new residential block is named for Duke Tieman, a long-time Lake Bellevue Neighborhood Association president. He owned the property upon which Tieman Village sits.

“There really isn’t a homeless program for the chronic homeless on the streets of downtown Clearwater,” Thiebe said. “There are a lot of other charity groups doing work for the homeless, so the idea was to bring those groups together and figure out a way to not just sustain homelessness, but to reduce it.”

The result was the formation of the Going Home Coalition, which includes The Refuge Outreach Church, Peace Memorial Presbyterian Church of Clearwater, St. Vincent-DePaul Community Kitchen, Resource Center of Clearwater, Church of Scientology, Trinity Presbyterian and Peace Café, and the Joy of the Gospel Ministries.

The homeless volunteers put hundreds of hours into renovation and construction work to make the homes livable, Thiebe said.

The total cost of Phase 1 was at first $130,000, but donations of furniture, supplies, and materials reduced that to around $40,000, documents show.

According to Thiebe, Phase 1, which was completed in January, includes six units that are already home to 11 people who had been living on Clearwater’s streets. Phase 2, to be finished in June, will cost $40,000 and will include one single unit and asecond, three bedroom/two bathroom unit that combined, will house eight more tenants.