There are certain reasons that people have become homeless. They all have a journey that have eventually led them to a life on the streets. The Joy of Gospel has been working with homeless for many years. Recently they have begun the homeward bound program to give the person a new start by getting in touch with a family member or friend that is willing to accept the person to live with them and help get them back on their feet. The Joy of Gospel pays for their ticket home, for a new start. 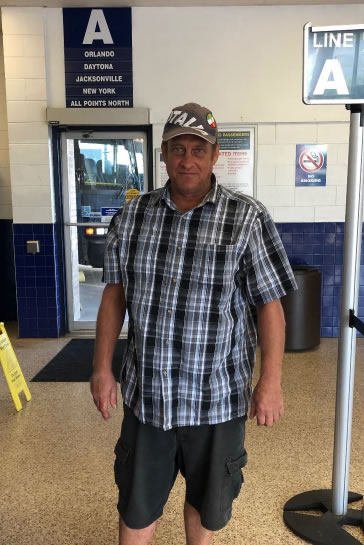 Mike was raised Virginia. He has a brother that is over 18 years older than him and an older sister that is about 5 years older than him. He started doing drugs early in his life. He did not finish high school and joined the Navy for only one year. The Navy was too regimented for him. He traveled to many places and considers himself a traveler. He has lived in several different states and even spent time in Germany. His hobby is to ride road bikes. He had a very expensive Cannondale which was stolen by one of his friends in Texas.

Mike got married and his wife had always wanted to move to Florida. His brother had a rental property (trailer home) in Holiday and gave it to him. In 2014, his wife walked in front of a car on US19 and was killed. She was slightly impaired and was also jaywalking. Nonetheless, he was awarded a $17,000 settlement. A couple years later, he sold his trailer home for another $17,000. During this time, he met another woman in Pasco County and squandered all his money. He claims that his girlfriend is parties too hard. Mike attends church regularly and he believes God told him to leave his girlfriend. He departed abruptly and left everything behind including his tools, documents and even a 2003 Camry he shared with his girlfriend.

Mike has been around drugs for most of his life. He says he is not a drug addict and can stop whenever he wants, yet during our conversations he provided many examples of how he always went back on drugs. He does not believe in the AA program claiming that it only works for those with weak minds.

Mike eventually made his way to Clearwater and was homeless for about 2 weeks before coming to Joy of the Gospel Ministries. He has been staying at the porch of a law office near Highland and Gulf to Bay Blvd. He was very desperate to get off the streets, but when I asked if he would go to Safe Harbor, he provided a few reasons why he preferred staying outside. When asked why he would not work day jobs, he said he had no documents because his girlfriend refused to give them to him.

Mike has no relationship with his brother and sister. His parents passed away many years ago and he has no children. Mike is going back to Stephens City, VA to stay with his friend, Rob. They have known each other for over 30 years although they haven’t seen each other for 20 years. Rob has a very steady job and rents a townhome. Mike is a carpenter. He hopes to find a steady job and get his own place. Like many others, he believes that the place he is going pays much better salaries than in Florida.

We pray that Mike will use this opportunity to make better decisions, especially regarding his drug use. We hope this will be a new start for him. 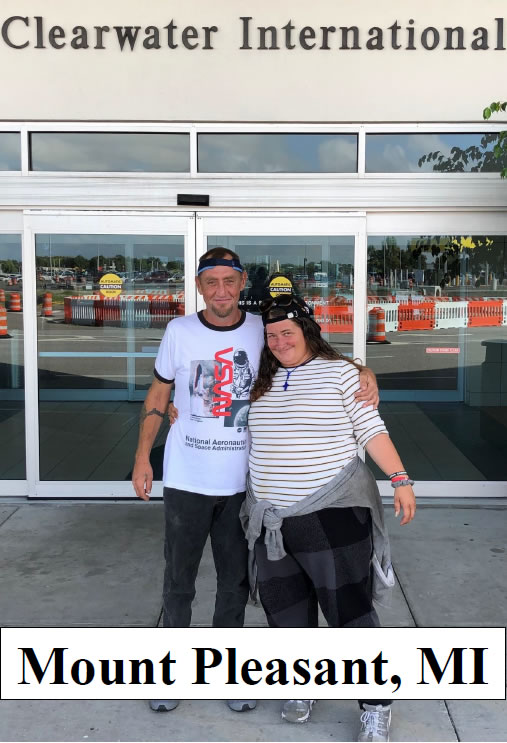